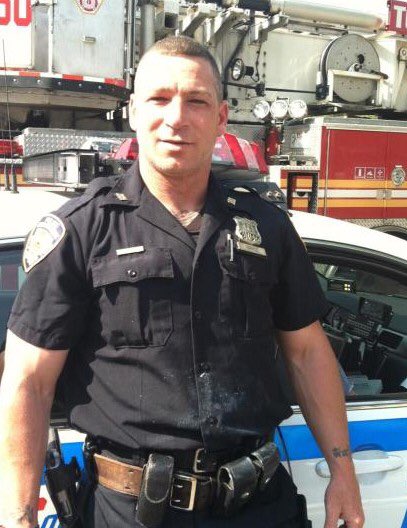 Seniors officers directed us to do this because, they said, these men were causing a public nuisance.

So when I think about the case of Stephen Port — who was last week convicted of murdering four young gay men, whose killings detectives failed to link despite obvious clues — the notion of institutionalised homophobia is at the forefront of my mind. A couple of years after I joined the force the Labour government repealed outdated homophobic laws on gross indecency and buggery. At this stage, homophobia in the police went underground, and the gay community understandably became complacent.

Believing we were equal in the eyes of the law made us forget the dismissiveness, disinterest and victim blaming many of our LGBT brothers and sisters experienced at the hands of the police. When I transferred from Manchester to London as a detective after seven years I thought lessons had been learned about diversity following the Stephen Lawrence inquiry.


However, though people knew they could no longer outwardly use homophobic language in the workplace, they found other ways to express their disdain and prejudice. I recently received a message from a gay officer who told me he was suffering homophobia within Scotland Yard. After giving him advice, I then saw him publicly praise the force for its gay tolerance.

This is why any call for a public inquiry into the Port investigation will fail miserably, because LGBT people in the police will undermine it. I became unwell with depression because of homophobia and racism in the police. I took the difficult decision of taking the police commissioner to an employment tribunal, but the force were furious with me. The court ruled I had been subjected to discrimination, harassment and victimisation based on my sexuality and race.

The police then appealed against the judgment. I lost my job.

Only this month a gay man, David Cary, won compensation from the Met after a nine-year battle over its failure to investigate homophobic abuse claims against him. In response to this, citing my own case against the force , the Met said: The conversation happened around 3 a. The police department learned about the messages after they were saved by the person chatting with the officer and posted on Facebook.

Jackson said he made contact with the alleged victim on Friday. But, outside of the messages that he obtained through F acebook, he has not received a formal complaint. Jackson said he knows who the officer allegedly involved is, and for now, the officer is still on the force. Cop's alleged racist messages on gay chat app under investigation.